Net interest income increased by approximately $1.8 million in year ended December 31, 2018 due to an 11% increase in gross loans and leases in 2018.  In addition, in 2018 the Corporation realized recoveries totaling almost $266,000 on real estate which had been foreclosed in previous years.  These positives were partially offset by approximately $1.5 million in increased personnel and operating costs in 2018 and an increase in the provision for loan losses of approximately $469,000.  Two factors contributing to the increased provision were the significant loan growth experienced in 2018 and additional provisioning in the fourth quarter related to a potential loss on one commercial loan relationship.  The year ended December 31, 2018 also included merger expenses of approximately $351,000 relating to the pending merger with Park National Corporation.  Finally, net income for the three months and year ended December 31, 2018 decreased by approximately $700,000 due to the income tax benefit recognized in the fourth quarter of 2017 as a result of the Tax Cuts and Jobs Act enacted late in 2017.

“Last year was a truly remarkable year for our company, both in terms of financial performance and strategic direction,” said John Kimberly, the Corporation’s President and Chief Executive Officer.  “We closed the year with terrific momentum that has carried through the start of the New Year and believe that the pending merger with Park National Corporation will only further our financial success and enhance our ability to serve customers in the communities in which we operate.  We look forward to joining Park National’s family of affiliate banks early in the second quarter of this year.”

For a copy of the letter to shareholders reporting in further detail our 2018 financial results, please go to our website at www.carolinaalliancebank.com, select the “About” link located at the top of the homepage, then scroll down to see “REVIEW INVESTOR RELATIONS” and select “Learn More.”  For other information about CAB Financial or Carolina Alliance, please call (864) 208-BANK (2265) or visit our website.

Note:
Certain statements in this release contain “forward-looking statements” within the meaning of the Private Securities Litigation Reform Act of 1995, such as statements relating to future plans and expectations, and are thus prospective.  Such forward-looking statements are subject to risks, uncertainties, and other factors, such as an economic downturn nationally or in the local markets we serve; competitive pressures among depository and other financial institutions; the rate of delinquencies and amount of charge-offs; the level of allowance for loan loss; the rates of loan growth or adverse changes in asset quality in the bank’s loan portfolios; and changes in the U.S. legal and regulatory framework, including the effect of financial reform legislation on the banking industry, any of which could cause actual results to differ materially from future results expressed or implied by such forward-looking statements.  Forward-looking statements in this release also include statements regarding CABF Financial’s and Park National’s expectations regarding the benefits of the merger, and when the merger will be completed. The accuracy of such forward-looking statements could be affected by factors beyond CABF Financial’s and Park National’s control, including, but not limited to, difficulties experienced in the integration of the businesses of CABF Financial and Park National, delays in the receipt of regulatory or shareholder approvals that must be received before the merger may be completed, and delays in the satisfaction or waiver of other remaining conditions to the consummation of the merger. 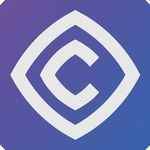 A business listing on the USA online network is different in many ways from other listing or directory sites.

A listing on any of our 925 city or town portals or nearly 18000 smaller towns’ subsites brings you some unmatched advantages like:-

Enter your City name or Zipcode